wilderness also like the city.  There is a major challenge in integrating the two different psychic states.  The difficulty of integrating one’s experience of nature into the city.  Equally challenging, to integrate the consciousness of the city into nature. Experiencing the connected unity of nature,

counterpointed by the isolated individualism in the city.  Nature’s multiplicity versus the city’s egoic individuality.  Natural unity versus city separation. The possibility for a hybrid.

The challenge to integrate the experiences of nature within the city.  Many studies

show that the healing people experience through being in nature gets lost when coming back to the city.  People often become depressed, and anxious when returning to the city after experiences in the wilderness. Therefore, the evolution is to integrate the beauty and pain of nature into human consciousness.  To accept the reality of city consciousness. Providing the opportunity for nature to integrate into city.

What would the image be of humans bringing the wilderness into the city?  For me,

wilderness psyche coming into the city looks like a dark green mystical hue.  City dwellers moving through an ethereal,  subtle, yet coagulating earth energy.  Like a green fog and a mist, showering each person with tranquility.

Converse to humans’ being the catalyst for a new healing relationship, how would nature be the catalyst. What is the healing challenge for nature?  If nature has a consciousness and free will, then what is it’s evolutionary edge.  What is nature’s awareness/feelings

towards its relationship with humans?  How will nature come to accept the differences between its primordial unity and uniqueness of human individualism.  How will nature forgive, and get over its hurt and anger over being used and objectified? To accept mutual engagement. For nature to contain and integrate humans’ intense frequency.  To accept the fast iterations emanating out of individual’s highly concentrated psyches.  To be able to grieve and complexify its slower motions.  This is a lot for mother earth to accept.  However, it has experienced radical fast change in the past, and so it can draw on these experiences.

The image of nature incorporating the human psyche.  The wilderness allowing the light bulbs of

human consciousness to light up the mystical night.  Permeating into nature, affecting the deep dark dream roots of wilderness consciousness.

Some focus their activism on action, practical changes, including both personal behavioural modification, and social political 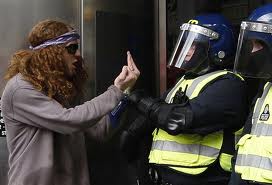 legal changes.  However, the push for behavioural change can often come from a polarized oppositional position.  Action coming from reactive anger or victim-hood.  However, another orientation towards environmental activism is having more focus on the purely psychic aspects.  Change being initiated from the most personal – the psyche.  Through the depth of psychic connections between humans and nature, a whole new landscape of behavioural changes can emerge.   Action springing from a

The differentiation of human consciousness from the natural primordial consciousness dates back thousands of years.  When the individual ‘I’ started to differentiate and segregate.  Therefore, there is a lot of collective cultural consciousness to heal.  This is why behavioural activism is difficult, and isn’t picking up speed to the degree that environmental activists would like.  Because we are all carrying a very old collective heavy ball and chain, which we can’t simply behaviourally modify.  We can’t simply subjectively favor some idealistic agenda.  Instead, we need to accept the depth of reality of human individualism, and learn to be honest in its interactions with nature.

If it is evolutionarily impossible to go back to a historical relationship, then how do we go forward?

I am a psychotherapist, counsellor and yoga therapist working in Toronto. I help people uncover the obstacles that block their growth, helping people reach their full potential. Working together we can help you move through the difficulties of life, and discover a full and joyful future. View more posts

Want to join the discussion?