Social Media and the Psyche – Narcissism

Narcissism is currently expanding and being exploited within social media.  However, the

growth in narcissism wasn’t created by social media.  Instead, it is simply revealing an existing problem within western culture. Therefore, let’s start to really understand social media narcissism, and heal our culture’s collective narcissism.  WARNING: This writing selectively highlights the difficulties within social media, which admittedly, is only one aspect of social media reality.

Narcissism is the psychic state of trying to fill an inner void through finding praise from others.  As a result of some interpersonal trauma (most data pointing to problems in

early maternal bonding) people often begin to hide true parts of themselves.  As these genuine parts of self get repressed, a void of self forms inside.  This void is incredibly scary and painful.  Therefore, this state of suffering is attempted to be avoided through finding praise and adulation from others.   The narcissist continually makes attempts to get peoples’ attention.  This quality is very prevalent within social media.

Social media creates an environment where narcissism gets surface level attention.  We can broadcast specific parts of ourselves that we know we will be admired for.  We can control what people see, and therefore can selectively post aspects of self that others will admire.  We get ‘LIKED’ by many people very quickly.  Before I entered social media somebody would say they ‘like me’ maybe 3 times in a year.  Now I get social 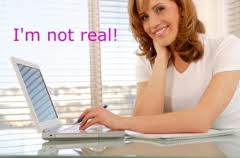 The narcissist doesn’t believe that they will be genuinely loved for the ‘darker’ aspects of themselves.  The narcissist only portrays parts of self which they think they will be praised for.  Attention grabbing ‘happy’ pictures dominate posts.  Very rarely are ‘darker’ posts, for example about grief or aloneness, made.  The darker nature of existence is drastically being unrepresented in social media.  More than 95% of social media posts are about the ‘lighter / positive’ aspects of existence.  If people are constantly being reinforced for their light/positive sides, then what happens to the darker aspects of reality?  How can the darkness of existence heal and grow if it is not ‘LIKED’ or ‘FOLLOWED’?

Human existence is both: light and dark, joy and suffering, connection and

aloneness.  Healing for the narcissist comes from facing and accepting the dark alone places.  Yet, with social media filling our psyches, the space to face the ‘darker’ aspects of existence are becoming less.  The psychic space for inward mystical complex subtle healing is decreasing.

It has become ‘cool’ to share ones inner world in a very public forum.  Just like having a ‘therapist’ in California is cool, so is sharing ones inner self on social media.  Yet, how therapeutic and healing actually is this?  It is amazing that people can share vulnerabilities.  However, depth of healing has a mystical inner secretive quality.  It takes

much time, and many iterations, within a safe contained therapeutic environment for deep healing to happen.  Healing happens through things initially becoming more dense, slowing down, and solidifying into a specified root cause.  Becoming in-souled.  For things to condense, and complexities to be woven. Yet, modern social psychic space is very quick, instantaneous, and constantly in flux and motion.  In the fast sound bite world of social media, people get accustomed to more surface level presentations.  Coming into the social world with a defined statement, instead of further gestating within the alchemy of the soul.  In social media a tear drop by a river bed often gets traded for a skeleton costume on Halloween.

Social media is an experiment on the human soul rivaling the telephone.  And this is just the beginning. 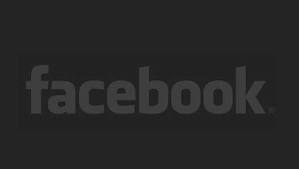 ‘light’ it was obsessed with the darker side of humanity?  What if 90% of posts were about the ‘darker’ aspects of human reality?

One example stands out for me of somebody posting the ‘darker’ aspect of life.  A friend of mine once posted, “Breath in suffering …. Breath out suffering,” posted in a moment when I know she was going through an incredibly difficult time.

This was the most honest portrayal of the darkness, of the broken heartedness, of beautiful despair that I have seen.  Much respect for the people who post statements of both light and dark, joy and suffering, creation and destruction.

Even more interesting, what if social media equally portrayed light and dark aspects of

existence?  Instead of light focused icons such as ‘LIKE’ and ‘FOLLOW’, they were iconic healing words of deeper connection, such as ‘LOVE’ and ‘WITH’.  Or even more complex personal statements as ‘HEARTBREAK’ and ‘DEEPENS’.  This is the social media I want to be a part of.

and iteration at a very fast speed.  This is exactly what happens before major level shifts occur.  Therefore, the explosion of narcissism within social media is providing the raw material for the deep narcissistic tendency in western culture to heal.  If we can ‘LOVE, and be ‘WITH’ the narcissism in social media, we can change a deep rooted problem.   Let’s ‘HEARTBREAK’, and ‘DEEPEN’ our consciousness within this emerging reality.

Holistic integrated psychotherapy values depth of healing within our social reality.  Follow this post by signing up below.  Love to have you along for this social media ride.

Future writing will include: 1.  A step by step guide to healing social media narcissism.  2.  How to integrate the repressed social media darkness